The horns: grabbing life by

I have never really enjoyed running for the sake all that much over the years. And I have run extremely little the last 3 months. I've gotten relatively not light. I feel portly. And I'm pretty sure the mirror whispered 'portly' yesterday. But of the 10 or so times I have been out there over the last few weeks, I experienced for the first time a feeling of loving the actual act of running; of pushing my daughter in the jogger; of getting outsprinted by my wife, although this would happen if I was in top shape anyway; of having cold air nail you in the face. And I get the feeling I want to run. A lot. Again.

I told myself I was done running competitively 3 months ago. But maybe I was just done with the way I had approached it. Where I had to answer to other people and sometimes the passive aggressiveness that came along with that. I want to experiment with different training styles. I want to race on the trails. And in marathons in obscure towns that do not have a human gunning to win 20$grand. I don't want to run twice a day. But I might anyway. I want to get up early, rush to get ready. Drop DMG off at the new babysitter's place. Work all day. Maybe run again with my wife. Maybe not. I definitely don't want to feel the way I have felt the past month. I don't want to lose the one thing that I know better than anything.

One of the things I do miss most about stepping away is the coach-athlete interaction with ol' Sparky Barker. I think one of the biggest reasons I was able to run some decent races over the years was because he let me be me. He laid out the plan, and then the rest was up to myself. This doesn't work for everybody, but for me it was paramount to my success. I had to figure a lot of it out on my own.  The majority of the time I did not and fell flat on my face. But there were a few times that I did and the feeling(s) you experience following a successful footrace is/are nearly indescribable. It's almost like that feeling you get when you are a little kid, and you get the present you wanted from Santa Claus more than any present you've ever wanted (eg. Tecmo Bowl). What happens after that is you just sit back and give a very quiet 'yes' with a little fistpump right at shoulder height. That's what it's like when you cross that finish line and know you had a good one.

I'll pass all these lessons on. And I'm going to manifest new lessons I think. I hope. I may not run faster than 2:13, but I believe I will try it out. See what happens. Maybe I will enjoy the different approach. A little less portliness will help also.
No comments:

Moving on is nostalgic. @jongugala communicates my fitting end to it all. http://t.co/QhFb63S2 @The_Trailer THANK YOU. 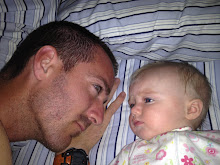 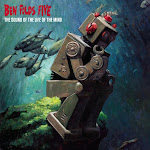